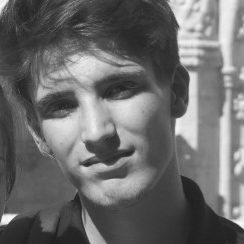 The technology that can most assuredly help us create a more sustainable world is Artificial Intelligence, more specifically, Machine Learning (ML).

As a method of data analysis that automates analytical model building, ML can help us overcome the biggest problem of our complexly globalized world: the limits of our restricted human minds.

Almost 400 years ago, the great philosopher René Descartes gave us a perfect example of the limits of our intellection: we can form a perfectly clear image of a triangle, but we are not able to do the same with a chiliagon – a polygon with 1,000 sides. That is, human minds seem to be inherently limited when it comes to conceiving and rationalizing whatever falls short of “human scale”. I can perfectly understand how far way my residence is from the local supermarket. Things get more difficult when I try to imagine the distance between Portugal and Austria. But when it comes to understanding how far the Earth is from the sun, things really get out of hand. In a quick google search, I can find that our average distance to the Sun is roughly 150 million kilometres, but this doesn’t mean much to me other than “very very far”.

This makes perfect evolutionary sense. Nature has to work with limited resources and our brains are no exception. But still, even if limited, this powerful tool we carry inside our skulls is a remarkable exception among the animal kingdom. The human brain weighs an average of 1,4kg. As a means of comparison, our closest counterparts, the chimpanzees, have brains that are roughly one-third the size of our own, even though we are very similar when it comes to body size. On top of that, the primary function of the brain, processing and transmitting information through electrical signals, is extraordinarily demanding in terms of energy use, consuming about 20 per cent of the average adult’s body energy.

But these high costs cover a high-quality service. The human brain made it possible for homo-sapiens to populate the entire earth and spread its engines and artefacts throughout the entire planet. We were never the strongest or the fastest animal, but we were certainly the smartest kid on the block. That gave us an astonishingly evolutionary advantage.

However, as human societies grew more and more complex, the limits of our cognition also became more and more apparent. It was just a matter of time before human beings found themselves in an environment that didn’t really check with their evolutionary past. We evolved in small groups of nomadic hominids but already by 5000 BC, archaeologists can date the earliest shreds of evidence of human cities. This amazing development was supported by the invention of a new ground-breaking technology: writing. By storing information that could be carried among generations and creating a sort of collective memory that far out-sourced the capacities of even the most intelligent human being imaginable, writing gave us the first glimpse how we could surpass the limits of our human brains.

Mark Twain famously said that “the past does not repeat itself, but it rhymes”. We are now living through one of history’s rhymes. Just as the first inhabitants of human citiesfound themselves outside the nomadic environment that characterized the lives of their ancestors, we are also in a completely new situation: we are cosmopolitans, citizens of the world. And just as the city required new forms of cognition, so does our new cosmopolitan situation.

Even though our impact on the world has become utterly global, our grasp of it remains local. The products our brains have far outsourced their humble origins. One of the biggest problems in tackling worldwide problems such as global warming, ocean cleaning or industrial waste management is our incapacity to fully grasp the nature and essence of those problems. We cannot think in global terms, we cannot imagine chiliagon, only triangles.

But with more effective and innovative technology, such as ML, we can more readily tackle those problems. ML works through pattern recognition. ML computers are not programmed to perform specific tasks but rather learn as they go: as they are exposed to new data, they are able to independently adapt, produce reliable, repeatable decisions and results. They mimic some of our own cognitive capacities at a level that far surpasses them. This can be used, for example, in humanity’s battle against continued environmental degradation

One of the biggest problems with fighting issues such as climate change is the difficulty of modelling and isolating specific variables that can then be controlled by our communal actions. After all, one cannot fight or solve a problem that one is not able to comprehend. ML gives us the tools to build more advanced and effective climate modelling. On top of that, ML can aid us in dealing with the already nefarious effects of climate change: for example, through computer simulations that can help people plan for certain adverse weather occurrences.

This has been attested in a 2019 paper by 23 of the world’s leading scholars in AI and climate-related technological innovation. This study argues that “ML can enable automatic monitoring through remote sensing (e.g. by pinpointing deforestation, gathering data on buildings, and assessing damage after disasters). It can accelerate the process of scientific discovery (e.g. by suggesting new materials for batteries, construction, and carbon capture). ML can optimize systems to improve efficiency (e.g. by consolidating freight, designing carbon markets, and reducing food waste). And it can accelerate computationally expensive physical simulations through hybrid modelling (e.g. climate models and energy scheduling models).*”

ML gives us the possibility, like writing did 5000 years ago, of boosting our own cognitive capacities and, with that, tackling the most pressing issues of our time, creating a more sustainable world. New situations require new solutions. ML will be surely be a big part of the solution we so desperately need.

João Pinheiro da Silva is one of the three students who convinced the jury of the Huawei Scholarship with his application and this essay, and receives the dormitory funding (an equivalent of 3,000 euros) for one of the ÖJAB dormitories.